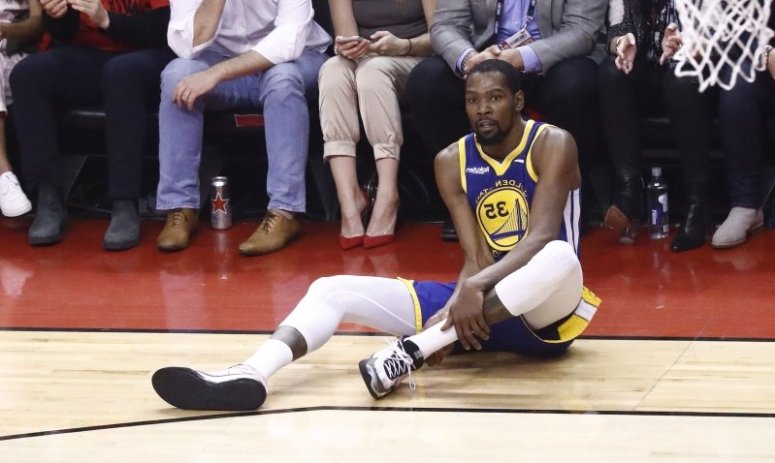 We all are coming off an emotional game, what should have been a close out game for some, the triumphant return game for others, but nonetheless a dynamic game!

I am an observer of people, I watch trends and behaviors and while there was prolonged timeline in this finals drama there was no excitement for the Warriors, no change of momentum, no concern for the Raptors. What was as a matter of fact was a necessary win, but for the wrong reasons! A hail Mary win to save the respect of the player who is Kevin Durant.

I heard the “..put your body on the line” comment from Steph Curry and it felt empty to me. I know with every fiber of my being he is concerned for Kevin Durant and he must be the Elder Stateman, but sometimes you need to tell the people how it is.

KD SHOULD NOT HAVE SET FOOT ON THAT COURT

This entire series the Golden State organization played the will he, won’t he game like this is the WWE and I grew disheartened, first at the disrespect being thrown at the Toronto Raptors with the long standing (L)Eastern Conference narrative, but then at Kevin Durant as I could imagine if there was a chance he could play he would have played early, pushed it, locked it up and moved on to pop the bubbly. Not all injuries are equal, not all bodies are equal and sometimes you must trust your instincts!

Yes, I was on record for going hard on Kawhi Leonard for the exact opposite, but that was after a year of therapy, a couple of attempts on the court during the regular season, multiple doctor visits, etc, etc. I stand by that and I stand by this, the Golden State Warriors as an organization screwed Kevin Durant because their pride wouldn’t let them go down.

I still stand by my stance on the way in which KD went to Golden State. It was a weak move that is unmatched and incomparable to anything else that has been done, despite the revisionist that are out there; however, he is a multi-time champion and I hate seeing anyone go down like that!

They may win in 7, although I doubt it. I don’t see the energy in them to push the Raptors to the brink, but if they do, this will be the one ring I, if no one else, will put an asterisk on. This is the one win that will be a pyrrhic victory if they are lucky enough to get it. It didn’t happen in the heat of battle like Isaiah Thomas and the Bad Boys where he was healthy going in and suffered the injury where you can rally behind his toughness, even in a loss.

This one was avoidable!

This one was unnecessary!

Y’all don’t need Kevin to win right?! Prove it then! Win or lose put it all on the table for your tarnished legacy, KD just literally gave you everything for it.